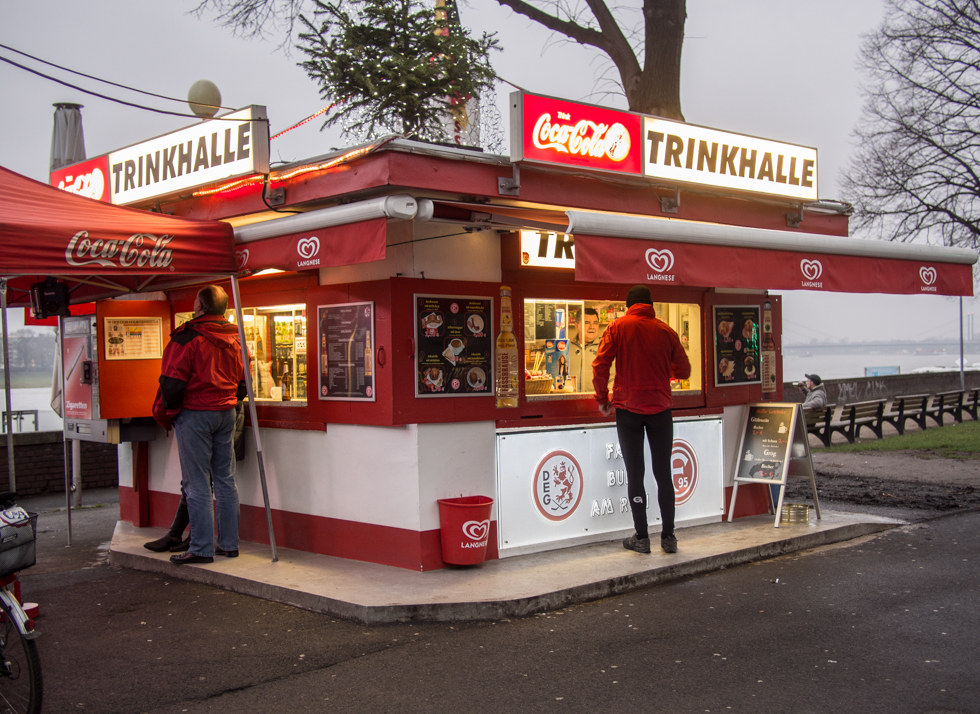 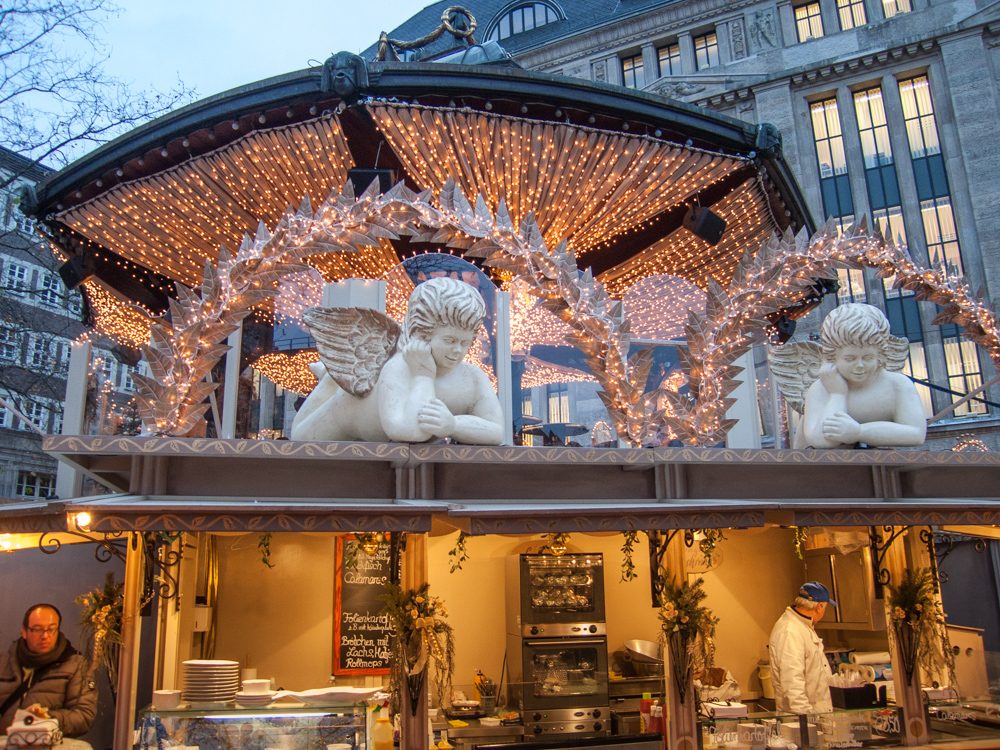 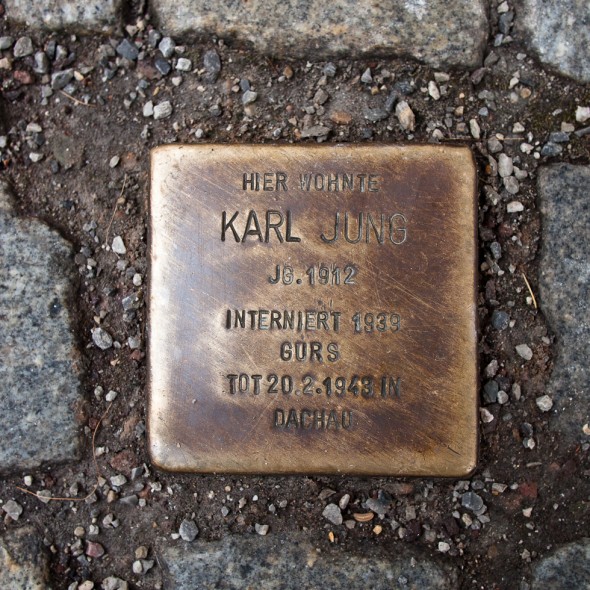 Our journey takes us from the ancient town centre – the Altstadt, across the Rhine to the upmarket Oberkassel and then southeast to the old working class district of Eller.

As we stumble across the ‘stones’ we can see that some have been in place for several years – becoming part of the pavement with their softened corners and the marks of the revolving cycles of the seasons. With the more recent ‘stones’ one can still see the evidence of the hand of Gunter Demnig in the disturbed pavement and the new clear brass.

A map of Stolpersteine locations can be found here → 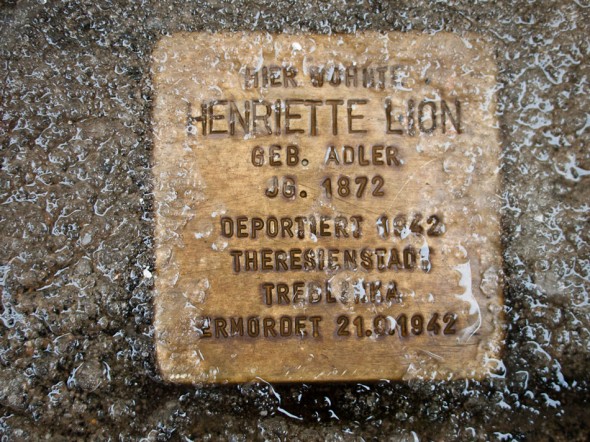