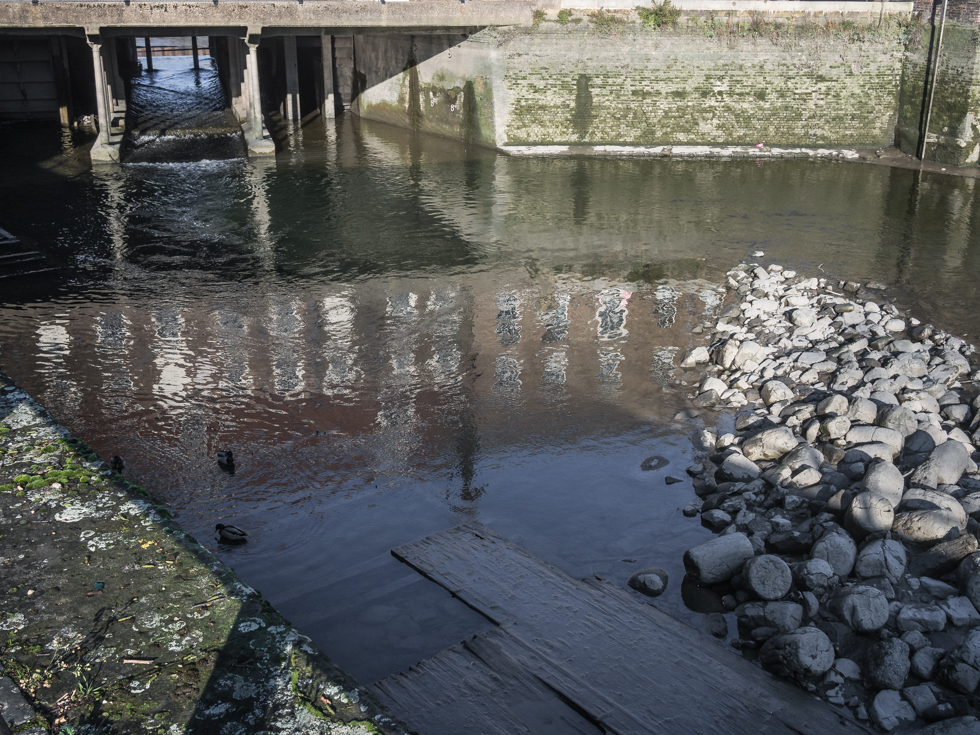 Three Mills, Lea River, Bow London – There have been tidal mills on this site since the Doomsday Book of 1086 and the area has been known as the three mills since the 12 Century. Used to mill flour for the bakers of the City of London the mills also provided grain for gin in the 17th Century.

The current buildings on the site date from the 18th Century and the Nicholson company, which bought the mills in 1872, made its Lamplighter Gin here. The process of distilling achohol led to a novel use of the mills during the 1st World war – using fermentation to make acetone, a key ingredient in cordite – a shell propellant. Chaim Weizmann (later to become the first president of Israel), developed a process at the three mills that enabled this vital war ingredient to be made using a similar process to the distillation of achohol.