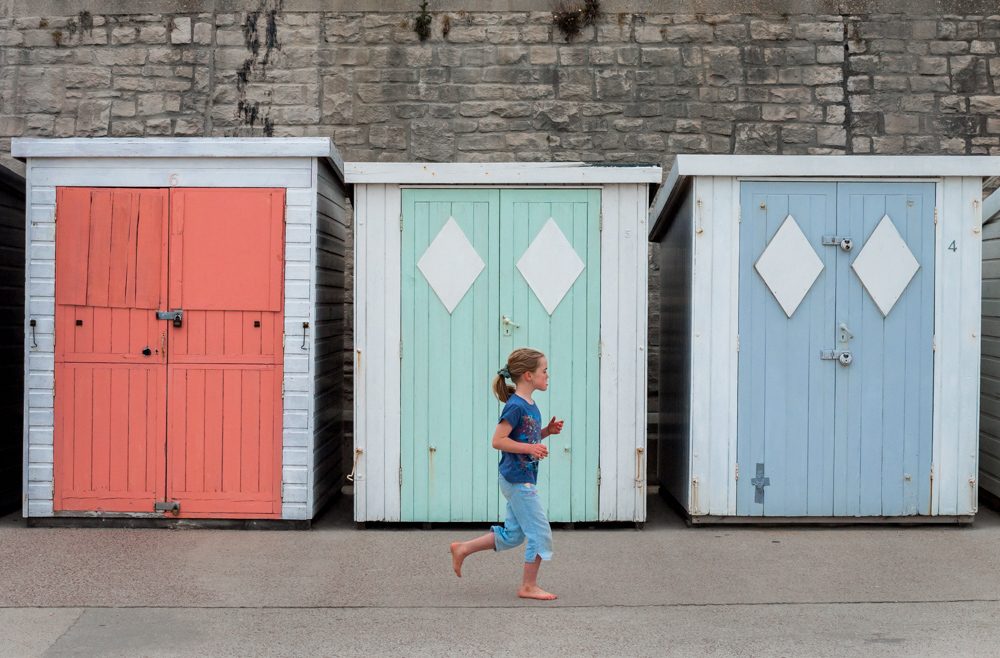 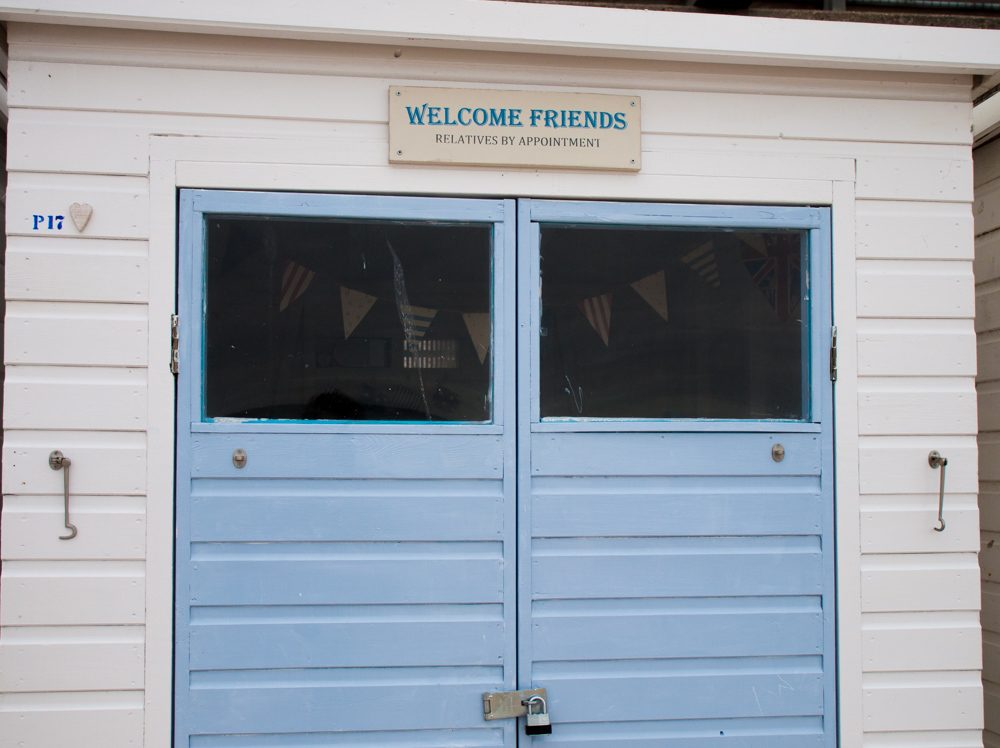 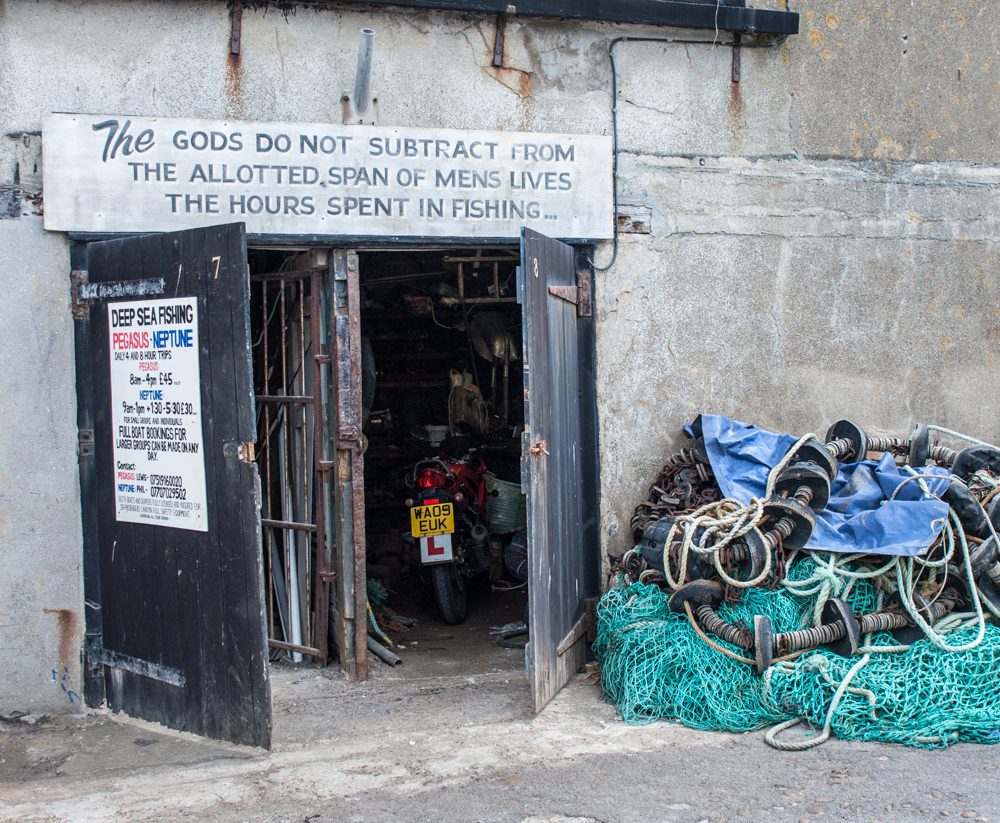 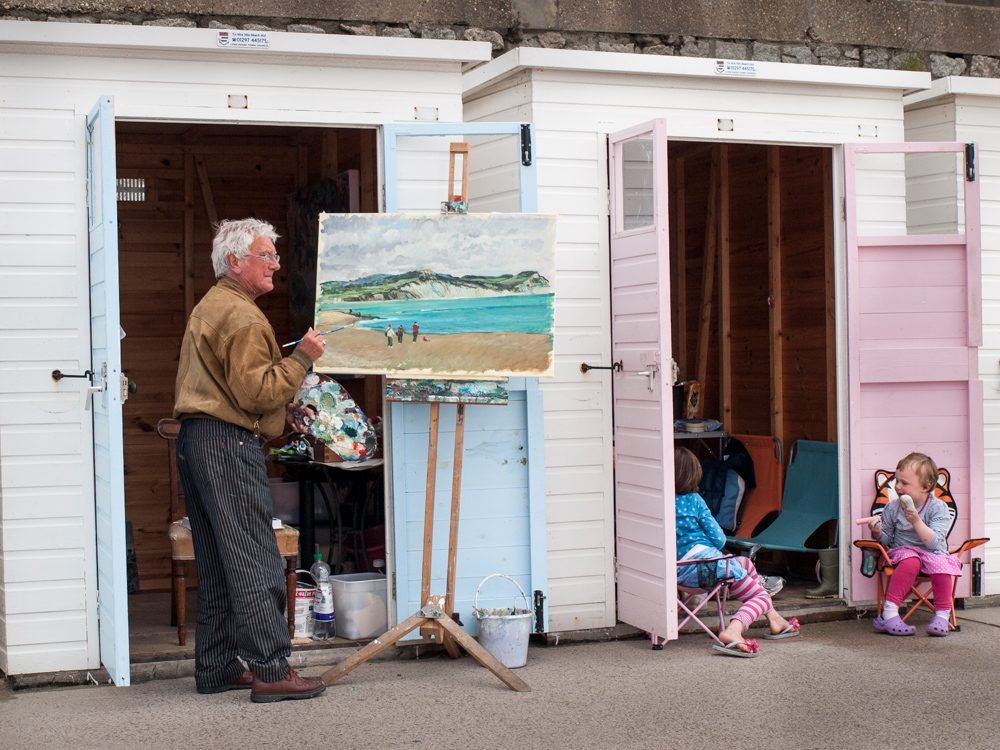 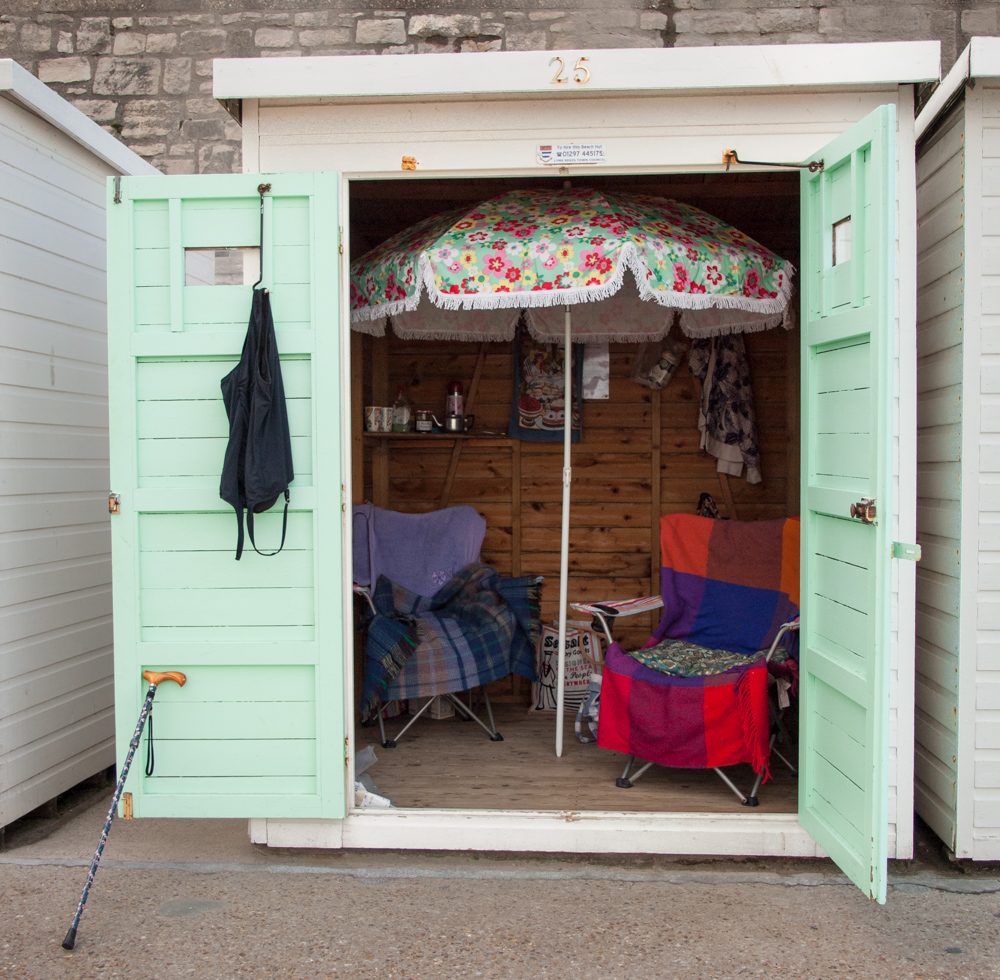 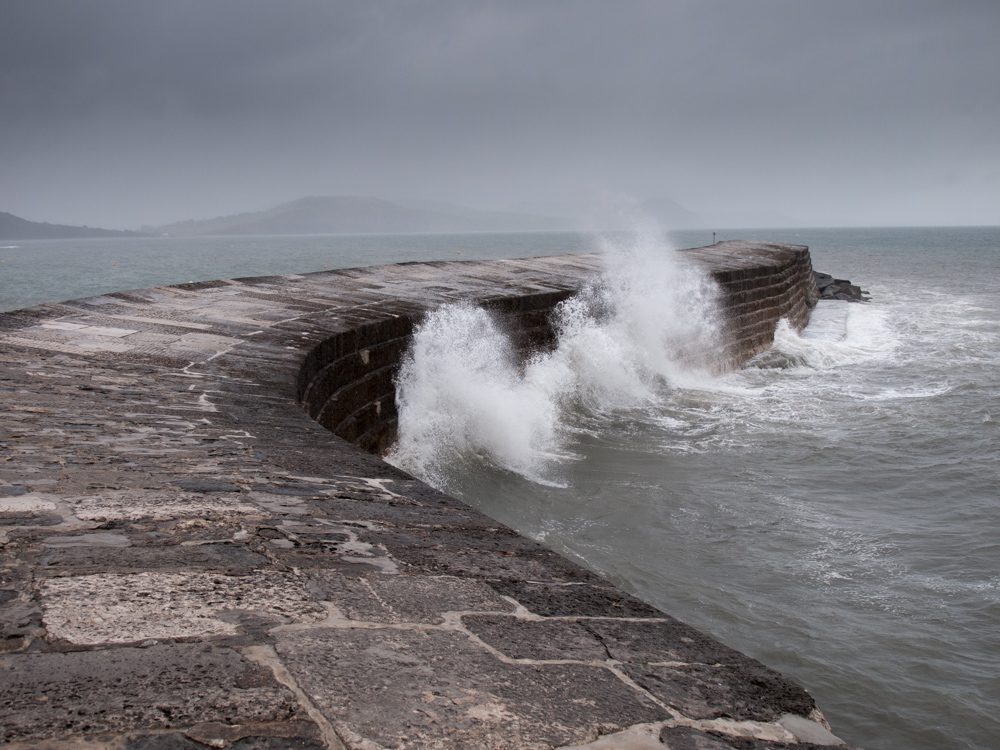 Lyme Regis on the West Dorset coast is probably best known for its association with John Fowles novel ‘The French Lieutenant’s Women’ and Jane Austen’s ‘Persuasion’. In both ‘The Cobb’ is an ever present character – the snake like harbour wall that encloses and protects.

Yet I was drawn to another persistent presence – the beach huts along Marine Parade. These little wooden boxes can be found across seaside resorts in the UK – little miniature homes on the high-tide mark.

Their history goes back to the origins of the seaside resort – and the idea that the beach and the sea could offer restorative powers – initially an option only for the wealthy. The ancestor of the beach hut was the bathing machine – a device that would have been familiar to Jane Austen. It allowed  those from a more modest age to change from their street clothes and then enter the sea and enjoy it’s healing powers.

By the 1950s the bathing machine had evolved into the bathing hut and a more egalitarian era that marked the hey-day of the English seaside resort.